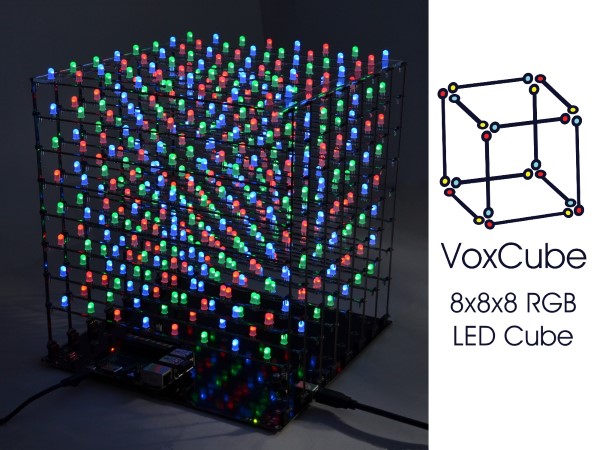 We have been busy over the last 6 months creating something special!
We have always liked the idea of LED cubes, however there was no easy way to drive these LED cubes with a Raspberry Pi.... until now.

VoxCube is an 8x8x8 RGB LED Cube which has been specifically designed for the Raspberry Pi, however it is also compatible with other microcontrollers. E.g. Arduino

Cubes can also be chained together, the image below is four VoxCubes being controller via a Raspberry Pi.

Head over to the Kickstarter page for more details.